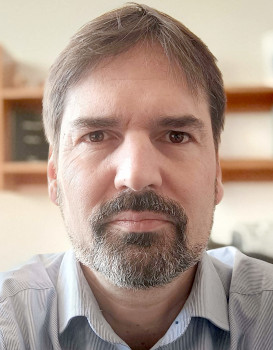 Marital status: Married, father of a son born in 2007

Fellowship granted by the Hungarian Republic, 1998/99

“IT lecturer of the year” awarded by the Hungarian CIO Association, 2010

2012-2014 Head of the Organizing Committee of the Veszprém Optimization Conference: Advanced Algorithms (VOCAL)

2002 KHVM-MEH, Knowledge management and transfer in the information society, participant

2012-2013 GOP, Development of browser, search engine, and IT support for joint utilization of touristic programs and attractions close to each other in location and time, participant

2015-2017 VKSZ, Development of decision support system for the cost and energy efficient management of electronics assembly plants based on state-of-the-art engineering, IT, and modeling solutions, team leader

2015-present Head of the MSc program in Information Technology

2010-2014 Supervisor of Károly Kalauz, “Development of Algorithms for the Synthesis of Process Networks Performing Logical, Time and Reliability Criterion Extensions”, PhD in IT (degree awarded in 2014)

2012- Supervisor of Éva König, Synthesis and Optimization of Process Systems under Uncertainties, PhD in IT

2014- Supervisor of Anikó Bartos, Development of Advanced Algorithms and Software for Conceptual Process Design, PhD in IT

2017- Supervisor of Lorand Kedves, Structural Transparency, Implementation and Runtime Optimization in Software Engineering, PhD in IT